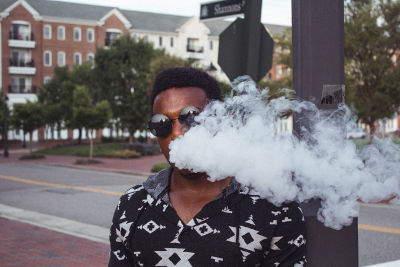 You might think you know vaping. If you are thoroughly
accustomed to vaping, then it probably feels like second nature for you to
prepare a vaping device comprising a battery, atomiser and cartridge. However,
there, we are referring to what you might call a “standard” vaping
device.

One noteworthy innovation in the vaping market has been the
“pod kit”, whereby a vaping device is provided in a physically
streamlined form more closely resembling a traditional cigarette than a typical
vaping device. However, pod kits have plus points far beyond their appearance.

Here’s a recap of a
“standard” vaping device

A typical device – which you might call an e-cigarette,
e-cig or vape, as
Vaping Daily
acknowledges – has three crucial components. Those include the battery, which
provides the e-cig’s power and can often be rechargeable, though it can
sometimes be disposable instead.

Then there’s the atomizer, which generates heat from that battery’s
power. You might tend to just call the atomizer “the coil”, as it is
indeed a metal coil; that metal can typically be stainless steel, nickel or
titanium. The wire’s electrical resistance affects how much battery power is
used.

The third vital part of the device is the cartridge or tank.
This vessel contains the e-liquid that, when the device is in use, is converted
into vapour.

How exactly does a
pod kit differ?

If the above description of a traditional vaping device
seemed complicated to you, well, many avid tobacco smokers can probably concur.
If you have a smoking habit that you want to quit, you might have considered
transitioning to vaping – and, to be more exact, to using a pod kit.

At first glance, a pod system can look a lot like a typical
cigarette, though not exactly.
Vaping
Post
points out that pod systems are usually slightly larger to accommodate
more battery capacity. Were it not for this little boost in size, most pod kits
would not last over an hour or two of typical use.

Still, a pod system remains largely simple in structure, comprising
a small battery into which a vape juice-filled pod is snapped, making the
device something of a “mini vape”. As
Vaping360 explains, pod kits fall into two general categories:
refillable and pre-filled. Though some
pod kits include power buttons, with some kits, you can make vapour
automatically by just taking a drag on them.

Should you choose a
refillable or pre-filled pod kit?

That’s your decision; each type comes with its own pros and
cons. The pre-filled devices come with e-liquid already filled in the pods, and
can be easier to use on account of this. After all, you don’t need to worry
about which e-liquid to choose, and neither do you ever have to fill the pod
yourself.

A refillable pod kit differs in including an empty pod which
you can manually fill. Therefore, you are free to experiment with a wide range
of flavours. However, either way,
vape pod kits can deliver a
cigarette-like draw suitable for smokers looking to quit.