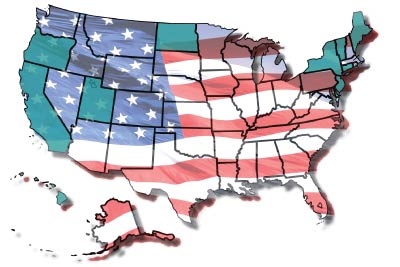 You may have read recently about the ominous outbreak of vaping-related illnesses and deaths. In addition to the epidemic of youth vaping that the USA is currently experiencing, individual states are beginning to limit the sales of e cigarette products and enforce statewide bans. Let’s take a look at what states have banned.

Why Are States Banning E Cigarettes and E Liquids

As mentioned, the reason for states taking the step towards banning e cigarettes relates to the suspicious and sudden outbreak of illnesses and deaths and the potential epidemic and rise of underage vapers. While these two reasons stand on their own in terms of the concern that they cause, the problem also lies with the regulations of the US’s vaping industry.

The reality is that the Food And Drug Administration (FDA) did not take hold of the industry regulations until 2016. Any brands and products that launched before that date, are available for sale, even though they lack the essential FDA authorization to do so. While this rings some fairly immediate alarm bells, the FDA has given those companies until May 2020 to apply for authorization. Until then, products that may contain a potentially toxic ingredients list are free to sell their products, thus subjecting innocent vapers to any untoward dangers.

In the wake of the worrying vaping illness that is sweeping across America, this October, the Trump Administration started taking the steps towards removing flavoured e cigs from the market until the aforementioned FDA applications are completed.

With an initial proposal to federally ban a broad range of vaping flavours met with a fierce backlash from the vaping community, as of the 2ndJanuary, the FDA and Trump administration announced an enforcement policy that bans flavoured cartridge-based e-cigarettes that appeal to children including fruit and mint. Manufacturers and retailers have 30 days to remove products from sale or risk FDA enforcement actions. Prior to this a number of individual states set about implementing their own short-term vaping bans within their states borders.

San Francisco became the first city in the US to ban the sale of e–liquids earlier this year. However, a handful of other states have acted with immediate effect and introduced bans to limit the sale of vaping products.

In September, Michigan became the first state to announce its ambition to reduce the sales of vaping products. On September 18, this announcement was backed by an emergency ban on all online and retail sales of flavoured vaping products, except for tobacco. Additionally, various marketing restrictions have also been imposed with companies ordered to remove words such as ‘clean’, ‘safe’, and ‘healthy’. While the band was set to last 180 days, a Michigan Court Judge has sided with retailers and claimed that the state had overstepped the lines of authority. The same judge put an injunction on the ban for six months, which effectively means that shops can sell flavoured e liquids again.

Governor Charlie Baker declared a public health emergency on September 24th citing a large number of illnesses and deaths that have been linked to vaping products. Invoking a 4-month long statewide ban of online and retail sales of all vaping products including flavoured e-liquids. Introduced immediately, the ban is expected to run until January 25 2020.

As of December 11th 2019, Massachusetts Public Health Council rescinded the emergency regulations and replaced them with new and approved regulations. This includes a ban on online sales of flavoured vaping products.

Following Governor Andrew Cuomos’s plea for emergency action to be taken, New York implemented a statewide ban on most flavoured vaping products as of September 17. With many fruity and sweet flavoured e-liquids subject to restrictions, tobacco, mint and menthol flavoured products are still for sale. Enforcement of this ban is yet take effect due to pending litigation.

Like a domino effect, the day after Massachusetts ban was revealed, Rhode Island Gov. Gina Raimondo signed an order to ban the sale of flavoured e liquids and vaping products. With reports suggesting the ban will last 120 days, the state will then be able to extend that ban for another 60 days, should there be the need to.

Similarly to its fellow states that have already begun the banning of various vaping products, Washington passed an emergency ban of flavoured vaping products, including e liquids that feature THC on the 9th October. Set to last 120 days, the ban has been met with fierce criticism from the vaping community of Washington State.

In October, Montana state pledged to join its fellow states taking emergency action against vaping and ban the sale of flavoured e-cigarettes including nicotine, THC and CBD vaping products both in-stores and online. While a judge temporarily blocked the ban, on December 17, 2019 another judge ruled that the ban could go ahead, with the state enforcing the policy the day after for a period of 120 days.

Buying e liquid that has been regulated and passed testing should be the only kind of
e liquid that you vape. Brands such as Vapour2 and VSAVI adhere to the strict guidelines outlined by the Tobacco Products Directive (TPD), therefore any fears you may have over vaping these products can be instantly allayed.

Public Health England has published independent evidence that says
e-cigarettes are up to 95% less harmful than smoking tobacco and suggest that vaping has the potential to help smokers become smoke-free.