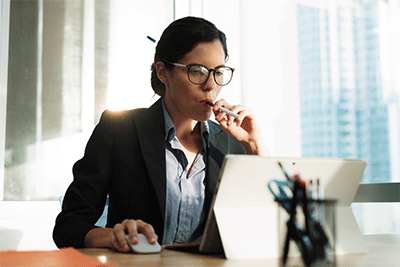 The confusion about vapour clouds from an e-cigarette causing as much danger as passive smoke from cigarettes sadly remains.
Therefore, the question of whether you can vape indoors or outdoors in the UK is a common occurrence.
For many, the 2007 ban on smoking in public places – namely bars, restaurants and public transport – was a welcome change to UK government law.
With research and scientific studies proving secondhand smoke is a risk to anyone in the vicinity, the concern that vaping could have a similar harmful effect is natural.
You see clouds of vapour, everyone understands it can contain nicotine – the concern is there for anybody who doesn’t know about vaping.
Because of the similarities between a cigarette and an e-cigarette in terms of appearance (at least with some starter kits) and inhalation technique, where can you vape without bothering others?
Here is our vaper’s guide to vaping etiquette indoors and outdoors.

Are You Allowed To Vape Indoors In The UK?

In the UK, there is still a stigma surrounding the vaping industry because of how it’s reported and represented, particularly in the USA media.
Generally considered a safer alternative to smoking, it’s widely lauded by the likes of the NHS, the British Heart Foundation and Cancer UK as the best tool to help people give up smoking, proving twice as effective as other Nicotine Replacement Therapies (NRT) such as gum or patches.

With little to no risk of bad health from passive vapour, no tobacco present, which kills millions a year and liquids acting as carriers like PG and VG, it poses little risk to vapers and anyone nearby.
Nevertheless, while more research is carried out by scientific experts because we don’t know the long-term impact inhaling e-liquids has on the body, vaping does follow some rules and practices in the UK similar to smoking.
This depends largely on the setting, establishment and how close you’re to the public.

Where Is Best To Vape Indoors?

First of all, you have to consider the level you’re at as a vaper, depending on how long it’s been since you tried to quit vaping.
This matters because if you’re a frequent vaper who requires a high amount of nicotine, you need to vape more often in line with your daily routines.
Unless you use nicotine salt which requires less vaping due to the maximum level of 20mg nicotine.
However, if you fall into the ‘social vaper’ category that uses e-cigarettes once or twice a day, the best place to vape indoors is obviously in your home.

Although e-cigarette vapour doesn’t have a distinctively strong smell, lingers on your clothes like cigarette smoke or harms others through passive vapour as we stated earlier, etiquette dictates you should try not to vape in the presence of others.
Or at least ask if it’s ok to do so around friends and family. However, if you decide to vape while out and about – it’s a different story, with establishments often having their own rules whether you can vape or not.
Technically, it’s legal to vape anywhere as there are no set laws against vaping in a public place.
Nonetheless, the following establishments below tend to have their own rules set out to protect the rights of people who visit that do not wish to be around vapour.

This is especially the case for people with breathing problems, children and pregnant women.
In the transport industry, the rules set by airports, buses, trains and boats tend to be along the same lines as smoking cigarettes.
Therefore, nearly all places will have a sign in place telling people it’s not permitted to vape under any circumstances, similar to smoking.
Generally, if you don’t know, whichever public place you visit it’s always best to ask before you hit the fire button or start auto-inhaling on the mouthpiece.
That way you’re covered and it also respects those around you. 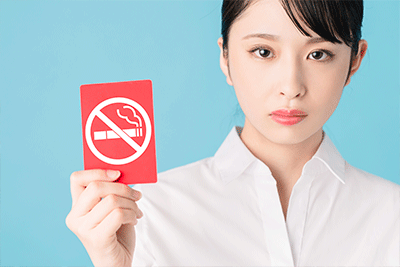 Can You Vape Outdoor?

From a strictly legal standpoint, you’re allowed to vape outdoors in a public place, whether that’s a park, beach or at a music concert.
At the very most, you may be asked by police to stop vaping out of respect for others but that’s unlikely.
Considering people smoke outdoors and that’s considered a much more dangerous option, leading many to switch to e-cigarettes, it shouldn’t be an issue.
Nevertheless, to purely be polite and considerate, you should avoid vaping outside places such as hospitals or around schools for obvious reasons.

What Sort Of E-Liquids Should You Vape Indoors And Outdoor?

Every vaper has specific requirements based on their journey and preferences, which is what makes the industry so heavily debated among peers.
Discovering the best vape coil resistance, e-liquid and device featuring a battery are key to hit the sweet spot with the right performance.
You need to put everything in place to vape comfortably both indoors and outdoors, but which e-liquids work best for each scenario?

In your own home, anything goes! Puff away on your e-liquid to create massive clouds of vapour or fire up more discreetly around friends and family that permit it, or head into the garden or shared community depending on your home environment.
In public places where vaping is allowed, we would err on the side of caution around many people by vaping high PG e-liquids.
This keeps the clouds discreet and less dense in volume, creating less fuss for you and those around you.
That should apply in all public places like restaurants, pubs and bars where it’s allowed.

The same rules apply – if you wish to show off to your friends with some big Sub-Ohm clouds, go for it with a Shortfill – typically fashioned with a lower nicotine strength.
In contrast, out of courtesy if walking down the high street or in a public park with people frequently walking past, blow small clouds of PG vapour up in the air instead of sideways so the particles disappear in the air and not in people’s faces.

And there you have it – the complete guide to vaping inside the home, at venues or just walking down the street, explaining what the protocol is and how to stay in the good graces of those around you.
If you have any questions about vaping that we have not answered, head over to our Facebook page and leave a comment, or get in touch with one of the Pure Eliquids team.