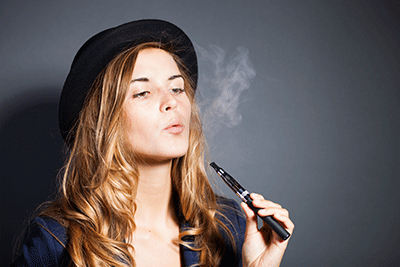 The Best E-Cigarettes To Stop Smoking And Start Vaping

Celebrate smoke-free status and join thousands of fellow smokers across the UK in ceasing your smoking habits.
Historically, more of a mountain than a molehill to overcome, in recent years vaping has ensured that quitting smoking isn’t the great hurdle it once was.
Let’s take a look at some of the best e-cigarettes that will help you overcome your addiction to cigarettes and ultimately lead a healthier lifestyle.
But first of all, it’s important to consider why you should stop smoking in the first place.

Why You Should Stop Smoking

We know how difficult the idea of attempting to quit smoking is.
It can seem like a daunting task to rid yourself of what might seem like a habit of a lifetime – however, there is hope with not just nicotine replacement therapies such as nicotine patches and gum but vaping too.

The reason to stop smoking is straightforward, it will not only prolong your life but give you better short term benefits.
Addicted to the nicotine that’s found in tobacco, it’s no surprise that those who smoke, expose themselves to the subsequent dangers associated with this lethal pastime.

Did you know that smoking-related deaths account for 16% of adult deaths in the UK? While you might think that this number is related and confined to the smoking population, even passive smoking can kill.
Those who may regularly breathe in second-hand smoke are more than likely to contract the same kind of diseases as smokers, such as heart disease and lung cancer.

In addition to the potentially fatal consequences of smoking, by quitting today, you can change your lifestyle, removing the toxic carcinogens, carbon monoxide and tar that you breathe in every time you smoke.
You’ll experience clearer lungs, more energy and save money in the process as you cut down on nicotine.

Is Vaping The Answer?

Back in 2015, Public Health England published groundbreaking evidence showing that vaping e-cigarettes was up to a staggering 95% less harmful than smoking tobacco products.
Encouragingly for smokers, the same document suggested that by vaping, smokers have the potential to become smoke-free.

There have been many tried and tested methods that smokers have used in the past to quit smoking.
From the ill-advised and stressful process of going ‘cold turkey’ to nicotine patches and gums, success in becoming smoke-free is never a certainty and will also need certain willpower to get through the worst.
While this may have proved a sticking point and stumbling block with smokers’ attempts in the past, recent research conducted by a team at Queen Mary University London found vaping to be twice as effective as gums and patches.

By vaping e-juice, it’s also possible to become not only smoke-free but nicotine-free too.
Available in a variety of nicotine strengths to suit the various needs of smokers, you’ll be able to incrementally lower the strength of your e-liquid to the point where eventually, you do not need to vape at all.

Six Of The Best E-Cigs To Start Vaping

Simplicity, ease of use, and satisfaction should be high on the agenda when it comes to choosing your first e-cigarette. Can you vape straight away? Is the craving for nicotine satisfied? Does the vape feel like a suitable replacement for cigarettes? All viable questions and all equally important. The good news is that this can be easily achieved with a wide range of vaping starter kits.
No need to spend a small fortune – let’s take a look at some of the best e-cigarettes to use to stop smoking and start vaping. 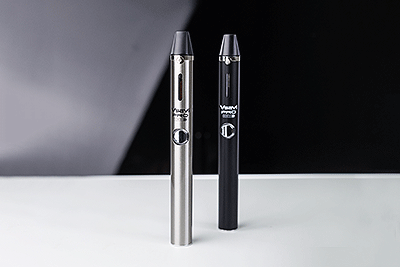 This is as simple as it gets for those switching from cigarettes to vaping.
A straightforward kit where the battery is big enough at 850mAh to vape the majority of the day from mouth to lung.
The V2 Vsavi Pro Series 3 is slim, lightweight, portable so you can carry it around with ease and effective as a cessation tool for easy vaping.
Offering a slightly airy vape, it’s not too restrictive MTL but not too loose either, which would put some smokers off as they would seek a familiar sensation.
The throat hit on this vape pen is just right and it features a Type-C USB for quick charging.
It works particularly well with Platinum e-liquids so you can vape a higher amount of PG which is perfect for a smooth experience with a decent throat hit.
What more could you want from a starter kit? 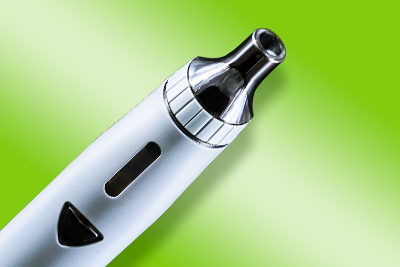 For those looking for a fuller and more powerful hit of nicotine – the XEO VOID is a great choice for both beginners and more advanced vapers alike.
As far as transitional devices go, this acts as a great device from mouth to lung then later direct to lung as you can Sub-Ohm vape it too, thanks to the range of coils available.
Just like the Pro 3, the VOID operates on a single button with no screen or adjustable settings options, so it’s ideal if you’re switching from smoking and do not want a fuss.
With the VOID, what’s great is the anti-leak technology, easy filling port after you unscrew the mouthpiece and sturdy build. 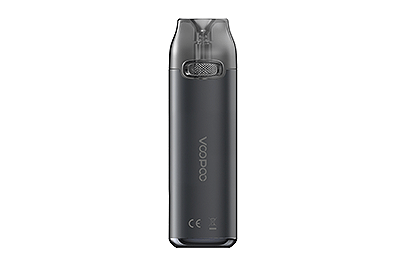 A stylish looking pod that’s just the right size to fit comfortably in your hand and carry around in your pocket or bag throughout the day.
With no button pressing required, auto-inhale like you would a cigarette and produce small clouds of vaper at 12W or 17W, which is set depending on the pod you choose.
That means consistent small clouds for discreet inhalation, the excellent flavour from the built-in coils and a long-lasting battery at an impressive 900mAh battery.
The highest on our list in terms of capacity, this is a great choice if that’s your preference. 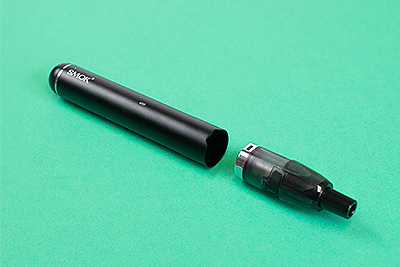 This portable option from the popular brand SMOK we all know and love is just what you need as a new vaper.
It looks stylish with a lovely build and the mouthpiece is comfortable for that tight draw you expect after giving up cigarettes.
Offering 700mAh battery capacity, it’s more than capable of lasting all day should you not chain vape at an affordable price. 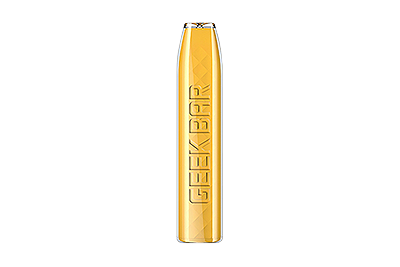 GeekVape Geek Bar – Last on our list is a disposable option from GeekVape – the Geek Bars.
These disposable nic salt options at 20mg are popular because of their convenience to new vapers and high strength at a smoother consistency.
The best part is you throw them away once you reach the 575 puff limit.
In addition, they are available in lots of fantastic flavours with a smart design in vibrant colours and even a smaller version called the Geek Bar Lite, if you want something more compact with less battery.

With help getting to quit or for more information about vaping and our range of vape products, feel free to contact us.