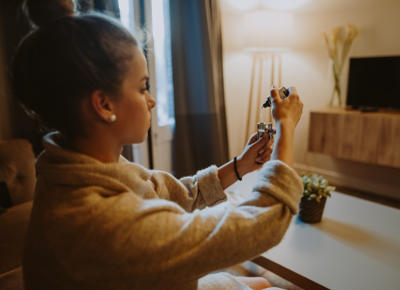 If you’ve
made the bold and beautiful decision to stop burning and smoking cigarettes,
and the usual cessation tactics of patches and gum aren’t quite doing it for
you, then it is highly probable that you’ve thought about vaping. Need a hand
traversing this post-tobacco land? Welcome to the beginners guide to
vaping.

What You Need to Know About Vaping

In 2015 Public Health England published an expert
independent review stating vaping to be around 95% less harmful than smoking conventional tobacco cigarettes and in recent years. The e-cigarette
industry has since taken strides in stemming the number of cigarette smokers.
The NHS reported that in six years, 1.6 million smokers have stopped and that
e-cigarettes have played a pivotal role in our nations relinquishing of tobacco-based products. Will you join the party and put down your cigarettes? The good news is that a new study now suggests that Britain could be set to steer itself clear of tobacco altogether and become a smoke-free nation by 2040.

As you set
off on your quest to become smoke-free and start vaping, you will of course have a few questions to ask. Where previously, you may have just popped into
your local shop and be proffered your preferred blend of cigarette, you are now
met with what can seem a completely alien world – complete with coils, tanks, and clouds. “What does it mean?” and “where do
I start?” you ask yourself. Whilst the world of e-cigarettes may be a new one,
like anything in life, with a little direction here and some information there,
you’ll soon become a veritable aficionado when it comes to vaping.

Because the
e-cigarette and vaping industry caters to
numerable smoking habits, it’s important not to get caught up in the inordinate
whirlwind of what everybody else is doing and what they may be using.

Like
learning to ride a bike, in all cases, we recommend starting with the
basics. Get to know what you need to
replicate your existing nicotine habit and work your way from there. If you’re
serious about switching from smoking to vaping for the sake of your health,
then why start your journey anywhere but from the beginning?

What is an E-cigarette?

Referred to as devices, this, in
its most basic form is the replacement for your conventional tobacco cigarette.
Small in size, e-cigarettes are powered by rechargeable batteries
, usually via a simple USB connection.

Connected
to the battery, you will find a removable and replaceable
tank or cartridge whereby you deposit
your intended e-liquid. The aforementioned e-liquid of your choice containing
nicotine and often flavoured, is then
slowly heated via atomizers to produce a vapour
which you inhale. This is what you would call ‘vaping’.
Shisha Pens would also fall within the e-cigarette category due to
their basic functionality and purpose.

The
e-liquid that you choose, is
akin to the flavour and brand of your flavoured tobacco. Similarly to the plethora of
e-cigarettes and vaping devices available for purchase, the choice of e-liquids
presented to consumers can be a confusing one.

E-liquid is
made from either PG (propylene glycol) or VG (vegetable glycerin) liquid, which
create the clouds of vapour you see being
exhaled by passers-by, and contains a range of ingredients, food flavourings, and
nicotine. Burned at the low temperatures that e-cigarettes and shisha pens afford,
mean that fewer carcinogens are able to escape from the liquids meaning a safer
experience than the one you’re used to with smoking.

If you’re
ditching cigarettes and switching to vaping for health reasons, then perhaps
bear that in mind when choosing your e-liquids. Try keeping an eye out for the
contents of your e-liquid and stick to
natural
flavourings.

“But everybody’s
talking about sub-ohm, what’s that all about?” We’ll get there in good time
young vaper but for now, we’ll just say that Sub-Ohm devices are far more
powerful than conventional e-cigarette devices. If you’re only just beginning
to vape, we would suggest avoiding these devices until you’ve got to grip with
the basics. The power provided by sub-ohm devices
means that users can create even larger clouds of vapour as well as experiencing more of a ‘throat-hit’.

Whilst we
can’t tell you what you can and can’t do, we think it’s important to note that
the review published by Public Health England that essentially supported
e-cigarettes as a combative approach to smoking tobacco was only based on first
and second generation devices such as e-cigarettes. The implications of
inhaling and creating these clouds are
yet to be discovered, so if you’re starting to vape for the sake of your
health, we say stick to the e-cigarettes for now.